Lose weight and strengthen. Do it healthy & effectively. Would you like to be fit thanks to healthy bodyweight exercises, which are also suitable for the treatment and prevention of osteoporosis? Then XUP will be your great assistant.

How does it work

Whole gym for the price of one machine

The Suspension fitness multi gym XUpTrainer® replaces more then 40 fitness machines and equipments. Then XUP brings new unique bodyweight workouts and allows you to do over 400 exercises with your own bodyweight. If you like to exercise at home or outdoors, you can be sure that this fitness equipment will replace all other gym equipment and exercise machines you would otherwise need. However, when you finish your workout, your gym can be packed into a small bag or you can simply pull up your home gym to the ceiling and have a free space again.

Healthy exercise is prevention of osteoporosis

Exercise is suitable for anyone who needs to save joints and would like to lose weight, strengthen posture, make their total body and core well-balanced and stronger. You can also reduce or eliminate back and joint pains. Thanks to smooth gentle movements, exercise is also suitable as a treatment and prevention of osteoporosis and osteoarthritis. Thats why is XUP suitable also for seniors, handicapped and overweight individuals. Athletes will challenge their goals thanks to unique total body core exercises. The exercise equipment XUpTrainer®, is not intended for children, however they love it.

Quality from the Czech Republic (EU) 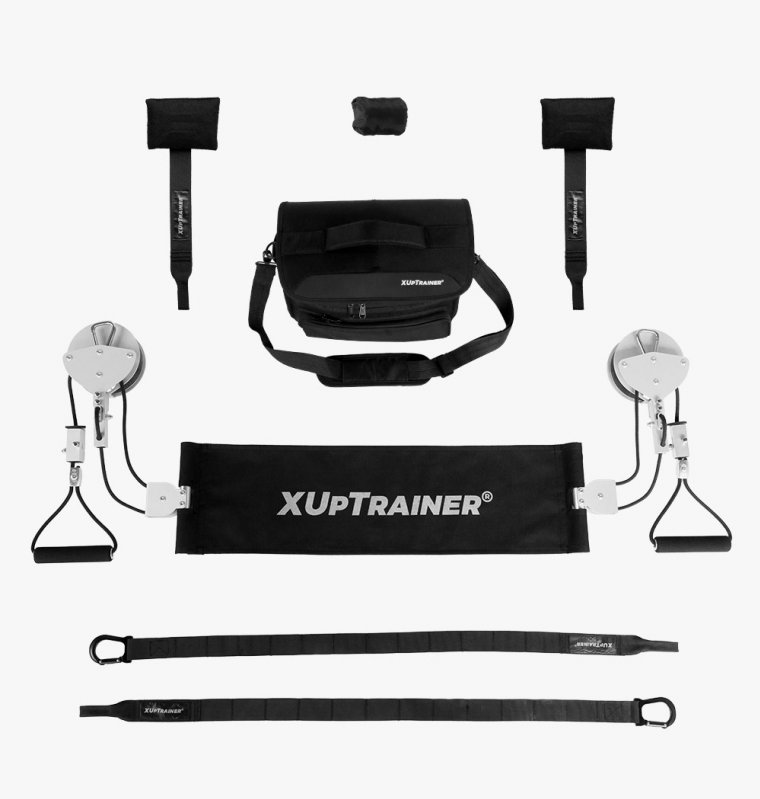 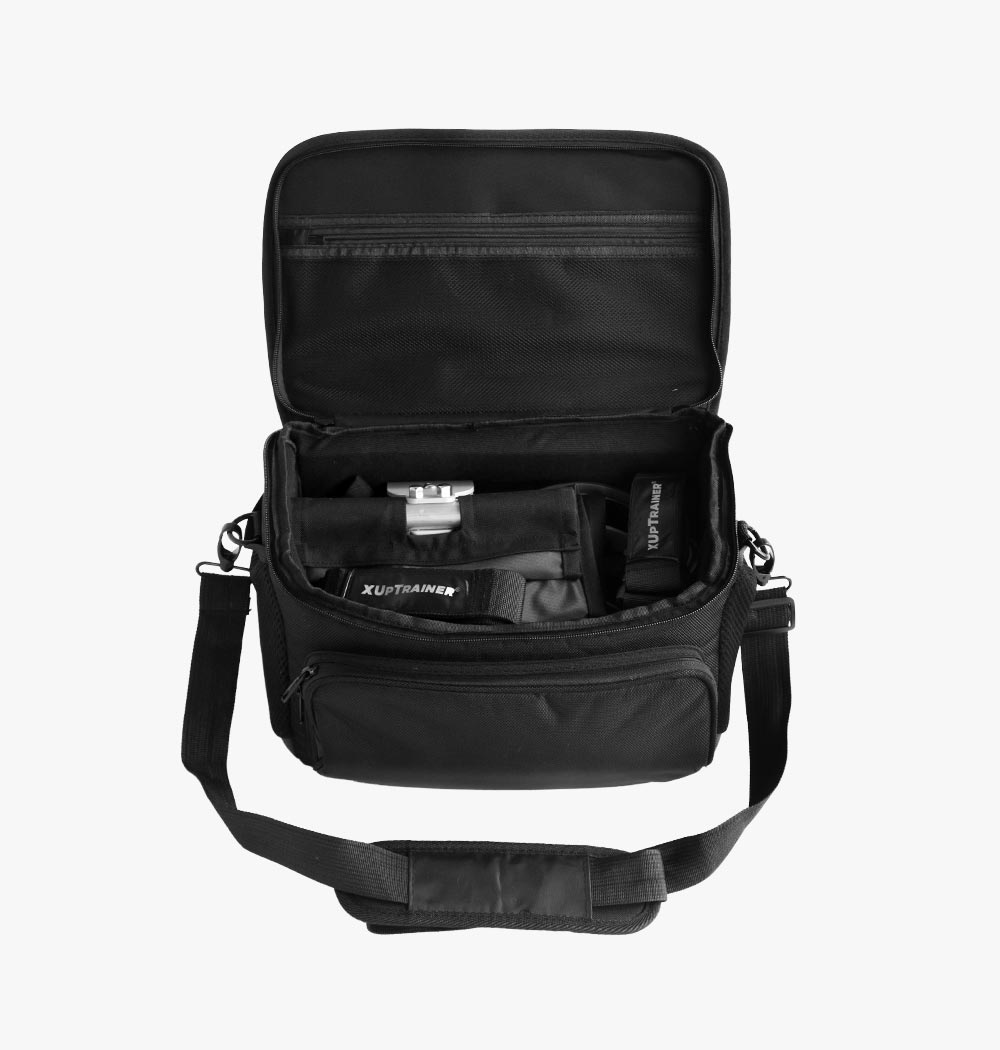 Do you like quality materials and do you prefer professional equipment? We do and that is why we made the equipment only from stainless steel, aluminum and abrasion-resistant materials to be light, high-quality and durable. The professional solution has its price, but compared to the machines in the same category of multifunctional strengthening machines, the XUpTrainer is still half cheaper and it is also easily portable. We stand for the quality and therefore we give a 3-year warranty.

I believe that the XUpTrainer® will be a useful equipment on your way to reach your training goals.

Where to hang XUP

Simply wherever you find two anchor points, ideally at a height of 2 to 2.5 meters [79 to 98,4 in]. At home to the door using door anchors or outside to the branch using hanging straps (both are included in the package).

What media wrote about us 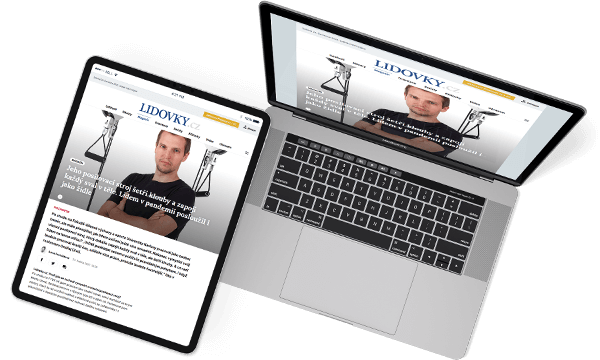 "His machine saves joints and exercises every muscle." "Listen to an interview with a coach how to exercise healthily." 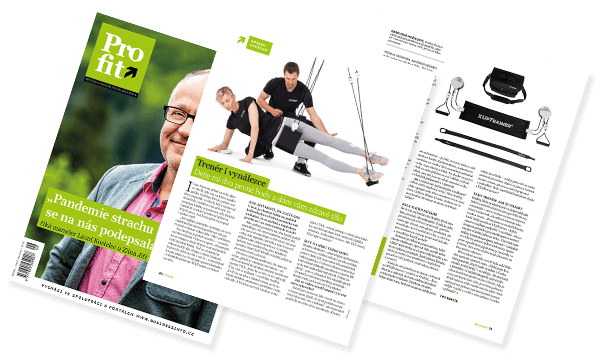 „For those who have no time is XUP a great solution.“ „The gym in a bag that exercises entire figure.“

What experiences have other XUpTrainer® owners

I was surprised with the number of different exercises offered by the XUP Trainer system that provide focused effort with results on all muscle groups on my body. The mechanical pulley system provides a smooth and comfortable range of motion and utilizes my own body weight as resistance. I highly recommend the XUP trainer to achieve the results you are looking for.

I purchased the XUP trainer in order to exercise in my home office in a small apace. XUP trainer allows me to do this. I get a whole body workout with 30 mins without any need for free weights or other bulky equipment. If you have a time pressured life, but want to find time for exercise, then I can recommend XUP as the ideal solution.

The movements with the equipment are smooth and I like that I can change the difficulty of exercises very easily. This piece of equipment does not take up much space in my home gym, is one I can use safely by myself and does not require the use of weights or additional equipment for optimal results which is fantastic.

The X-Up Trainer provides a full body work out through the use of your body weight as resistance. There are a variety of exercises that are challenging and engaging to keep you motivated while you work out using the X-Up Trainer. It is a nice alternative to other body weight training equipment or programs. Give it a try! 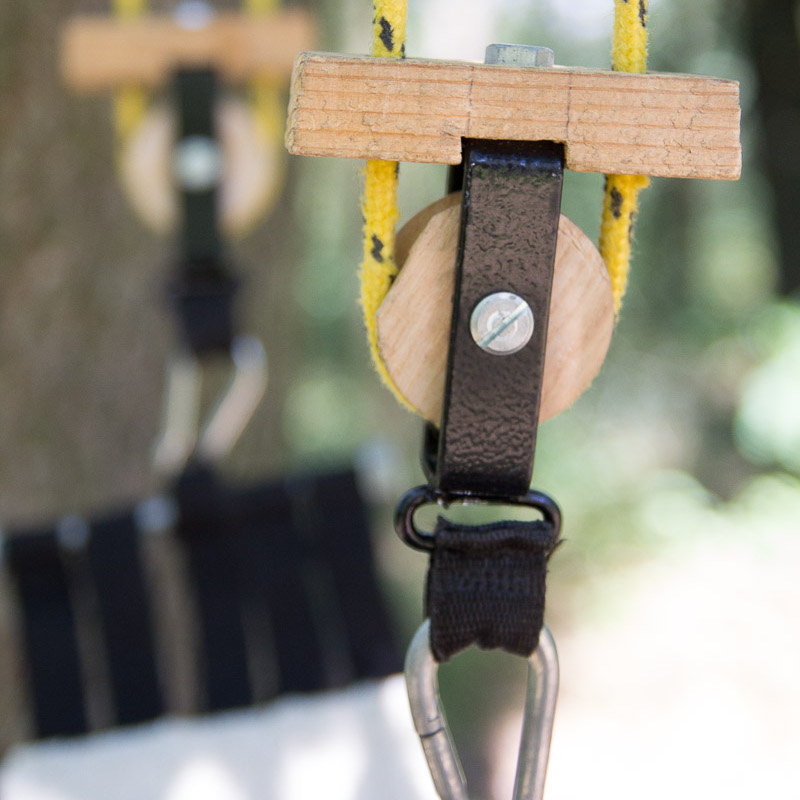 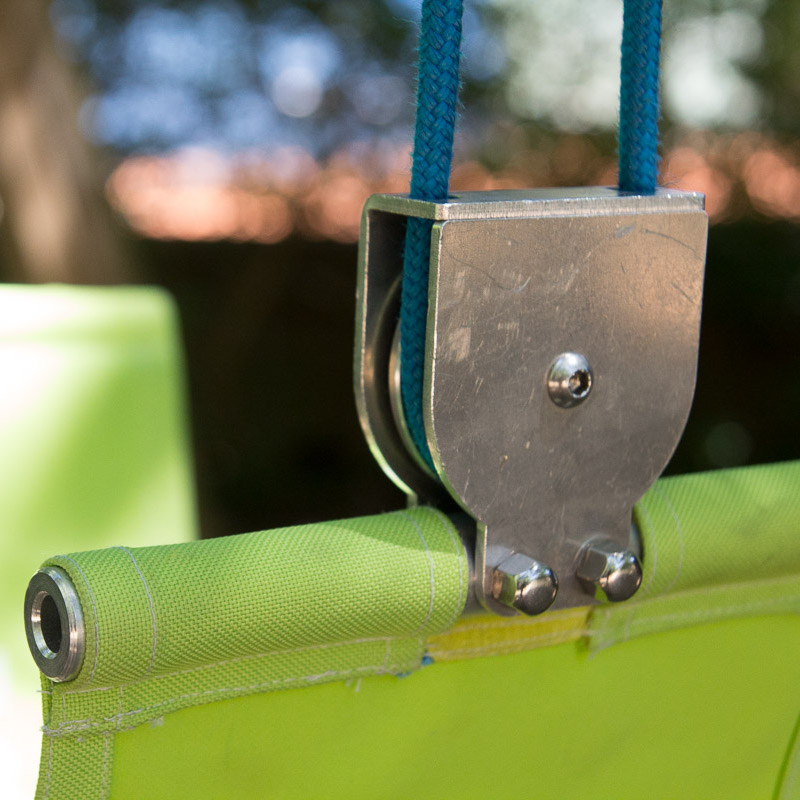 I have been working as a personal fitness trainer since 2009. After a few years, I found out that the current exercise equipment on the market was not sufficient for my work. I like to challenge the standards, so I started to look for a tool that would help my clients (mostly beginners) to do effective and advanced exercises correctly, from the beginning. Especially Chin Ups and Push Ups that are very difficult for untrained individuals. When I was looking for a new exercise tool for workout at home, I woke up many times at night and ran quickly to write down my ideas on a paper. But most of them were nonsense. Just once when I was pulling up a sun umbrella in the garden, which was geared through a pulley system to make it roll out easier, I had my first idea for the design of this new fitness equipment.

At that time, I have no idea how difficult it would be to invent, make prototypes, test (again and again) and finally finish the new gym equipment with the features which I expected from it. Many of my ideas led me up a blind alley, and many times I want to give it up, but I endured and slowly achieved my goal.

Approximately two years from my first idea I welded and screwed in my small studio the first prototype of the exercise equipment (seat from a mop, discs from an electrical cover). The most time-consuming part was to invent lockers and a rope roller and to arrange everything in an acceptable form. Then I started to test the new gym equipment on my clients. Surprisingly, they enjoyed it, so I had a good motivation to continue the work.

Over the next two years, I was testing the first prototype of a suspension multigym and prepared drawings and samples for mass production. Selecting suppliers, waiting for samples and testing of materials was very time consuming. The second prototype of the exercise equipment was close to the final version. However, this version of the fitness multi gym had still many drawbacks, especially dimensional.

The third version of the gym equipment was dimensionally and functionally well suited and It was about a year and a half after the second prototype. Only the colors of the exercise equipment needed further work.

We released the final version of the suspension fitness multigym XUpTrainer at the beginning of 2018. Although I will never be totally satisfied with the development of the XUpTrainer, I am now more than happy to offer XUP to the other fitness professionals and everyone else to workout in their home gym, outdoors and in the commercial gym.

Finally, I would like to thank all the people who supported me in the development process and given me useful advice. Without their help, I would not have made it this far. Thank you very much.

We will keep you motivated into exercise. Leave us your email. We'll let you know when a new workout is ready.

May be you get interested in the equipment and may be you would like to try it personally. We would be happy to help you with that. We will send you information via email, where you can test the exercise.